What is a vascular malformation?

Vascular malformation is an abnormal collection of blood vessels that can occur anywhere in the body. In our body, arteries take oxygenated blood from the heart to the peripheral cells in the body. The arteries become smaller to become capillaries at the microscopic level, from where cells get oxygen and nutrients. The capillaries then take deoxygenated blood to the veins, which then take this blood to the heart and the lungs for oxygenation.

A vascular malformation is a condition where this network of vessels does not develop normally. 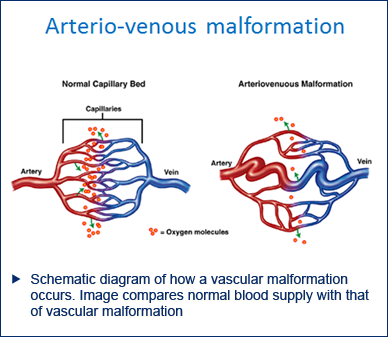 Where can they occur?

They can occur anywhere in the body. One of the common areas affected is face, and head and neck region. They are also common in the limbs. One of the most critical locations is presence of arteriovenous malformations within the brain.

What is the age group?

Any age group can present first time with vascular malformation. Most of these grow with time. They are commonly seen in young patients. However, in some patients these present when they are older having slowly grown over the years.

What are the symptoms?

Symptoms depend on their location in the body. The ones inside the brain are life-threatening. On the other hand, one of the commoner presentations can be as a soft lump in the facial region causing facial asymmetry that can be cosmetically disfiguring. They can also undergo repeated bleeding and can invade surrounding body structures, causing problems eventually.

What are the treatment options? 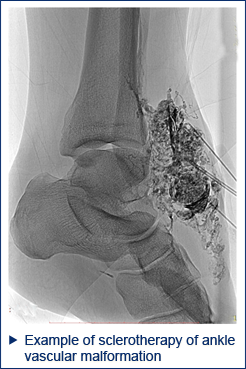 Sclerotherapy involves injecting chemical into the malformation to block from inside. 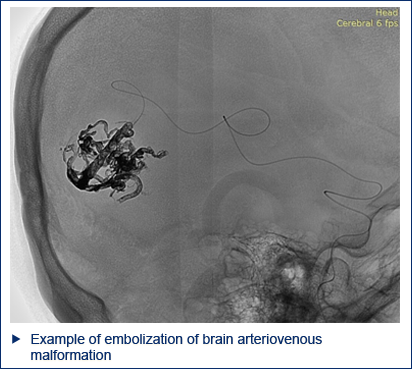