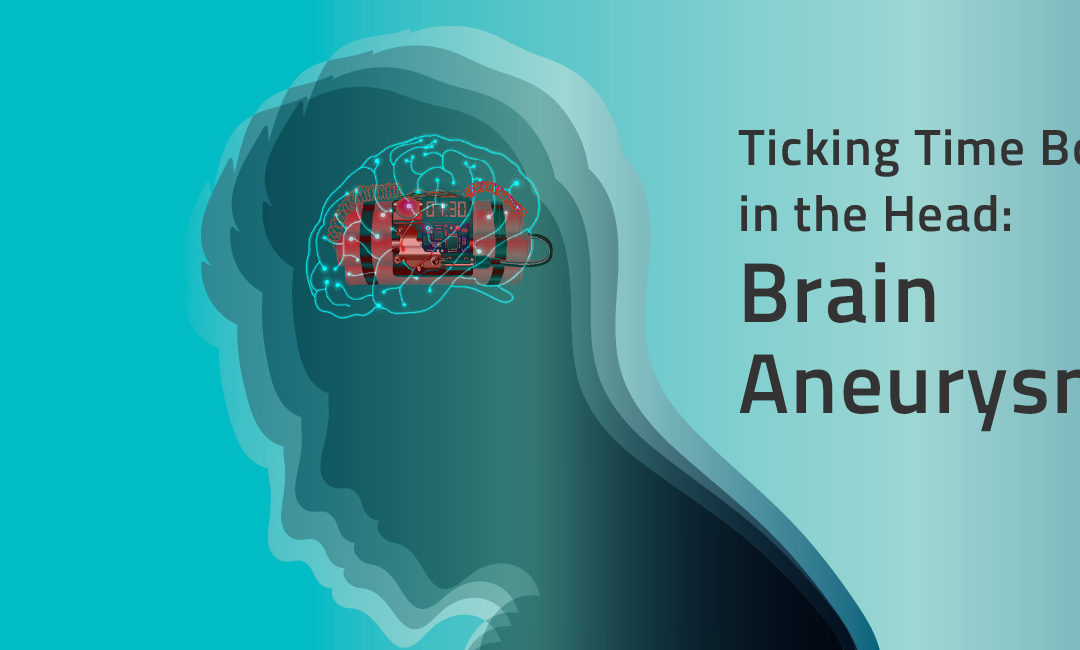 Brain aneurysms are like ticking time bombs in our head. With them being out of sight, many may think that they could live with them; but did you know that just like bombs, once they go off, they could cost you your life?

According to Dr. Manish Taneja, an Interventional Radiologist at Farrer Park Hospital who specializes in minimally invasive procedures for conditions such as brain aneurysms, about one in 100 people in the general community would experience a brain aneurysm at least once in their life.

Learn more from Dr. Manish in this article as he walks us through the condition and how it can be treated without opening up your skull.

Brain Aneurysms and their Dangers

Brain aneurysm is the bulging or ballooning of a blood vessel caused by a weakening in the wall of the vessel. It comes in various shapes and sizes but can be categorized under three types: When asked about the occurrence of brain aneurysms in Singapore, Dr. Manish revealed that there is not enough data in Singapore yet but having treated thousands of patients over the span of his career, one in 100 people in the general community is estimated to experience the condition in their lifetime.

If left untreated, brain aneurysms can leak or rupture; causing detrimental health outcomes such as stroke or death.

In reply to the general size of an aneurysm, Dr. Manish remarked that they can range from as minute as one millimeter to as big as four centimeter.

“Most patients I’ve treated are young, with an average age of around 35 to 60. When the young pass away in their sleep, it is almost usually due to cardiac arrest or a brain aneurysm rupture,” shared Dr. Manish.

With it being a less talked about condition, brain aneurysms can go unnoticed or undetected – until it is too late. Patients often describe being plagued with ‘the worst headache in life’ that hurts so bad it requires a hospital visit. There are also those who present with nausea etc.

If you are wondering if these ‘time bombs’ can be cured, the answer is yes.

Aneurysm clipping is one of the most common methods used to remove brain aneurysms. This procedure requires neurosurgeons to make an incision in the skull, exposing the brain to dissect aneurysms from the surrounding arteries and finally, clipping them with a titanium clip to “pinch” the section.

Minimally invasive procedures such as stent-assisted coiling with flow diverters are now available and the good news is that they present with less than two percent of risks. Compared to open surgery, this procedure can be done within two hours and patients can expect to be discharged after one night’s stay in the high dependency unit.

For those who are concerned about missing their exercise routine, Dr. Manish also shared that patients can go back to running or jogging within a week.

Explaining how the flow diverter device works, Dr. Manish said: “The device will be inserted via the groin together with small catheters to reach the brain. These small tubes are navigated up through blood vessels to where the aneurysm is; with constant monitoring via imaging.” For those who are wondering about the risk level, Dr. Manish said the procedure’s risks – such as stroke – ranged from five to six percent when it was first introduced. Today, the experience of the procedure has improved so much the risks have lowered to less than two percent.

“The beauty of the procedure is that multiple aneurysms can be treated in one session. I would say that up to 30% of patients would have more than one aneurysm,” he added.

Asked if brain aneurysms can occur again after treatment, Dr. Manish highlighted it varies from one patient to another.

“I’ve treated this patient six times for different aneurysms in the past few decades. When I first met her, she was in her 30s. A decade later two more aneurysms popped up before another one appeared again. Now, she’s 62 and doing well.”

Is the Non-invasive Treatment Suitable for Everyone?

Patients are selected based on a range of criteria. 98% of aneurysms can be treated with endovascular interventional methods. However, treatment largely depends on whether the aneurysm is bleeding. Interventional radiologists would also look at the patient’s family medical history and the size of the aneurysm.

Dr. Manish encourages everyone to go for regular health screening for a higher chance of detecting an aneurysm early.

“Aneurysms can rupture anytime regardless of their size. When it happens, results could be detrimental,” he concluded.

Should you require medical attention, call us at +65 6261 8291 to make an appointment or send us an enquiry via enquiry@asiabrainspine.com.