Nobody should die from Brain Aneurysms! 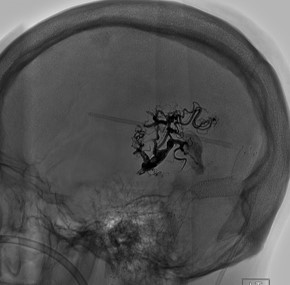 Dear Colleagues,
We have read of horror stories of how patients who suffered severe headaches and collapsed and
died tragically due to rupture of brain aneurysms.

I had a brain MRI done to investigate my frequent giddy spells back in 2017. The MRI showed that I
had two brain aneurysms just at the level of my left Carotid siphon at the Circle of Willis.

I went on to consult two neurosurgeons in private practice. One of them gave me an outdated medical
paper on the treatment of aneurysms to read. Both of them told me there was nothing they could do
about my aneurysm. They went on to share the bleak outcome of brain aneurysms to me. I would
suffer from the worse headache I could ever imagine and there is a 30% chance that I would collapse
and die instantly when the aneurysms burst. There is a 30% chance of survival but in a vegetative state
in the hospital.

Both neurosurgeons did not offer me any options of treatments either out of ignorance or for reasons
best known to themselves.

As such, I lived through the following two years living in uncertainties and carrying a QR code with a
link to my MRI scan reports on the main screen of my iPhone.

Thank God, I developed a slipped disc in May 2019 last year. I had my spine and brain MRI done at the
same time. I consulted Dr Rajendra Tiruchelvarayan (Orthopedic surgeon) at Farrer Park Hospital. He
saw my aneurysms on the MRI and told me I should see Dr Manish Taneja, an interventional radiologist
whom I have never heard before.

After my first consultation with Dr Manish, I quickly arranged for my aneurysms to be fixed on 16 June
2019. The procedure involves the insertion of a flow diverter to collapse my aneurysms through an
intra-arterial catheter inserted from my femoral artery. I got my life back and was discharged the next
day. I had to take BRILINTA and ASPIRIN for one year. My follow-up MRI a few months after the
procedure showed that my aneurysms have completely collapsed.
“An estimated 6.5 million people in the United States have an unruptured brain aneurysm, or 1 in 50
people. The annual rate of rupture is approximately 8-10 per 100,000 people in USA.